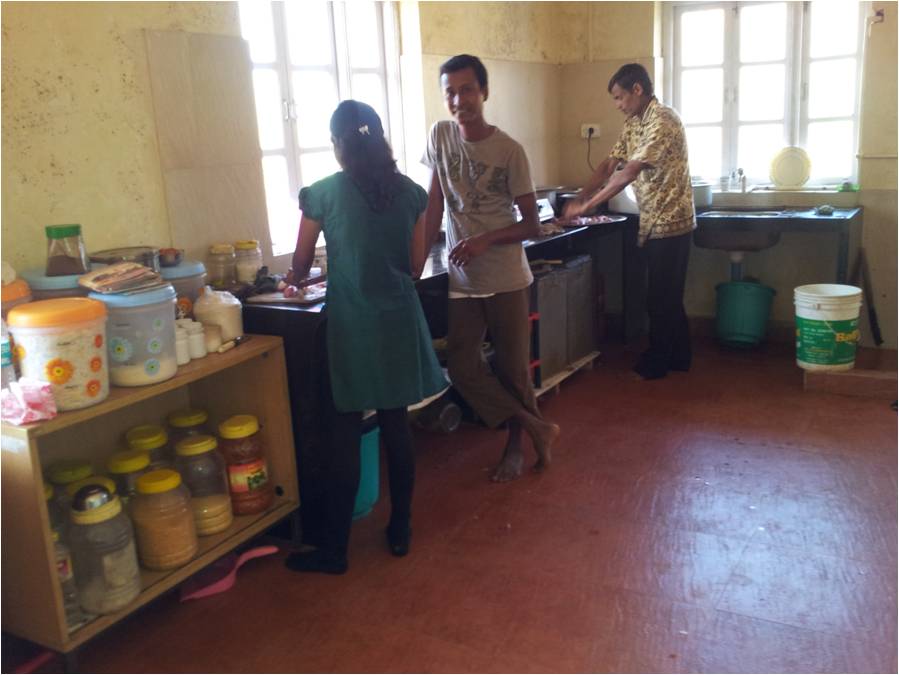 Suleman helping out in the Kitchen at the Rehabilitation Centre.

Suleman, a young man of 29, began using drugs at the age of fourteen when his father passed away and his family’s financial situation took a turn for the worse. After years of injecting brown sugar and two unsuccessful attempts to stop using drugs on his own, Suleman found Sankalp Rehabilitation Trust. He began by visiting Sankalp’s Drop-In Centre located at Sion, just north of Mumbai. Suleman soon decided that he was ready to quit drugs for good and headed to Sankalp’s Detoxification Centre funded by ALF.

Suleman first arrived at the Detoxification Centre firmly believing that in order to overcome his drug use he would just need to address the physical aspects of addiction. The centre provided him with the support necessary to address his physical health – he had a session with the counsellor to help prepare him for the withdrawal symptoms he would experience; he was given thorough and compassionate medical care from the staff doctor; and when he suffered from hallucinations as part of the withdrawal process, a psychiatrist was on hand to talk with him and prescribe the necessary medication.

But beyond the support he received to combat his physical addiction, his time at the detoxification centre made him realize that his addiction was much more complex than he had believed. Through individual and group sessions with the centre’s counselor, Suleman was able to see that although tackling the physical aspects of addiction was necessary, this would only scratch the surface of his drug use. There were many other issues that must be addressed as well in order to maintain sobriety. Group counselling sessions and Narcotics Anonymous Meetings served to uncover many of the other issues, including family problems, anger and self-pity, that Suleman also needed to face head on in order to truly combat his addiction.

In the centre, Suleman felt the atmosphere, comfortable and homey, helped with the process of dealing with his drug use. All of the staff members gave person attention to each of the clients, showing kindness and compassion. Here, Suleman learned valuable skills such as patience and discipline. He learned to think before reacting and not to make impulsive decisions. Perhaps most importantly, Suleman became motivated to continue working towards recovery. He became motivated to move from the detoxification centre to a longer-term rehabilitation centre where he could more adequately address the multitude of factors underlying his drug use. And finally, Suleman learned to live just for today.

Suleman successfully completed the detoxification and rehabilitation programmes. Now, taking another important step toward long-term recovery, he sits in the centre housing Project Hunar, Sankalp’s livelihood training programme, of which he is a participant. He says that he is still living just for today and he thinks that through living one day at a time he will be able to stay sober.